This salad is incredibly easy to make and is a delicious example of how great veggies can be without oil or dressing.  It's also a great way to feature kale in a dish. Though it is raw and unprocessed, keep in mind that the avocado and seeds add a significant amount of fat, so if you're trying to cut back on that you may want to reduce the amount suggested in this recipe. From an eco standpoint, this meal is wonderful because you can get everything without packaging!

Viewer of the Month: David Kong

I'm thrilled to share with you my first male featured viewer! When I started brainstorming about who to spotlight, David Kong immeditately popped into my head because he has so many commendable qualities and truly is an Eco-Vegan Guy. Positive energy radiates through his online presence and his healthy physique is a wonderful example to men considering the plant-based lifestyle. He describes him as, "a Vegan Urban Athlete with an eye for film" and to top it all off, he's a dad! I highly recommend you check out his Twitter page and YouTube channel for inspiration - I especially love the following video:

Here's a little more about Dave and his thoughts on EvG:

"I'm a thirty-five year old father of two who loves compassionate living. When I first decided to follow a vegan lifestyle I knew few of similar interest. I was already following my friend Robert Cheeke, communicating virtually via social media and one day he pointed me in Eco Vegan Gal's direction. The minute I began watching Whitney's videos my new lifestyle became natural. I felt encouraged with how she was openly real with her own beliefs and experiences. This was comforting; as my immediate community had no idea what to make of my lifestyle. Soon enough, I was pointing others in the EvG direction. I could go on and on how EvG has educated me, but because of her and many others like her, I have shared my education and change with many others. My father is one of those people. He took on a plant based lifestyle, reversed his heart disease, went off his medication and recently ran a 10K race. Every-day I raise my green drink to all who have made an impact in my life and Whitney is definitely one of those people."

Wow - how great are those last three lines?! And the photo of him in the EvG shirt is just too much! Thanks David for all the wonderful support and great vibes!

Type the word "vegan" on YouTube or do a web search for vegan recipes and you'll immediately come across The Vegan Zombie, a video series that shows how fun, simple, and flavorful plant-based cooking can be. I've admired this channel since discovering it last year, especially because of the professional camera work and editing that goes into it. You may have caught me mentioning them in one of my Weekly Roundup videos, which is how I got to know them personally. Chris, the man behind the magic, tried to arrange a video collaboration in December but my crazy schedule prevented me from doing my part. Fortunately their home/film set near Syracuse, NY was directly on the way to Massachusetts during my cross country road trip so I stopped in and we made the following video recipe together.

I had the pleasure of making a meal with my fabulous new intern Junghwa of An Apple A Day and together we prepared 2 raw recipes. She picked out the Spanish "Rice" from Unprocessed by Chef AJ and I chose the Marvelous Minestrone from Ani Phyo's new book 15-Day Fat Blast. These are great recipes for summer, whether you're trying to lose weight, get healthier or incorporate more fresh, whole foods into your diet without unecessary additives like salt, oil and sugar. In fact, these are acceptable for the 80/10/10 diet as well.

This is by far one of the most interesting things I've made, but it is quite refreshing and very filling. I didn't want to scare you with the title, but it's actually watermelon rind juice blended with fresh mint, lime and dates. Sounds kinda gross but I'm obsessed with it, and it's a great way to use the whole watermelon. I don't know about you, but I've been OBSESSED with watermelon and since I eat it practically everyday (yup) my compost was overflowing with rind until I stumbled upon this recipe. Plus, it has all sorts of nutrients like vitamin C, lycopene and antioxidants. So, head to the store, buy yourself a watermelon, bliss out while eating the inside, and then top it all off by breaking out your juicer to make this satisfying drink!

FAQ: What Juicer Should I Buy?

One of the questions I'm asked most often is: "what juicer do you have?", so I made this video to share my recommendation and advice. I personally own the Omega 8004 (masticating), which I absolutely love. 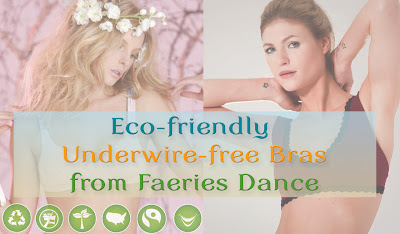 I am so excited to share this video with you because it features some products I'm really excited about and I got to incorporate my new eco-vegan legend system! When my new website launches you'll be able to find and sort products and information by 17 categories - check out the examples below and let me know what you think. 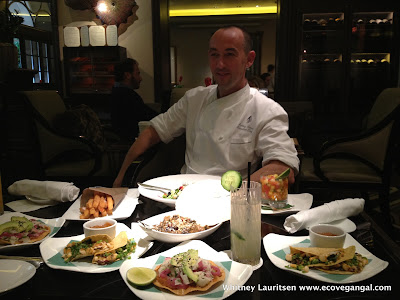 chef Ashley James with his vegan creations at Windows Lounge

I have a soft spot for The Four Seasons - about 5 years ago my family started a tradition to go to their Boston location for dinner every Christmas Eve. Since we've become regulars, the staff quickly learned about my vegan diet and now has an option for me each time I'm there - what started as a plate full of vegetables has turned into delicious dishes like creamy risotto, which you can see in this video. Thus, I was thrilled when a friend of mine told me that The Four Seasons Los Angeles was adding vegan items to their restaurants' menus - I knew I was in for a special experience but boy were my expectations exceeded.
Published in Travel
Read more...
Thursday, 15 December 2011 15:42