It seems like everyday there's a new company offering healthy, organic, vegan food products (aren't we lucky?!) and individuals doing great things to educate the world on these topics. Join Whitney as she catches up with these amazing innovators and experts.

Interview with Biz Stone, Vegan and Co-founder of Twitter 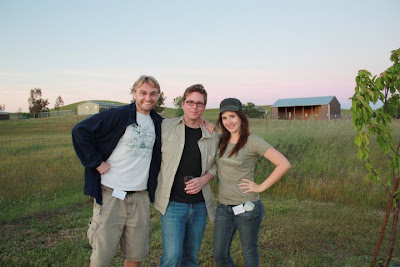 It's hard to imagine what my life would be like without Twitter. However, I remember the day I signed up - I had no idea how to use it, what to say, or why anyone would care. From my iPhone, I wrote that I was at a party. I read a few of my friend's posts. And that was it. A few months later I gave it another try, and I soon became addicted and listed on two major lists of eco people to follow (on Mashable and NBC)! Today I have written over 5,000 tweets and have close to 4,000 followers - wow. I use Twitter to spread the word about living healthy and green, and I love meeting other people who share the same passions. In fact, my boyfriend Robert and I started flirting via Twitter! 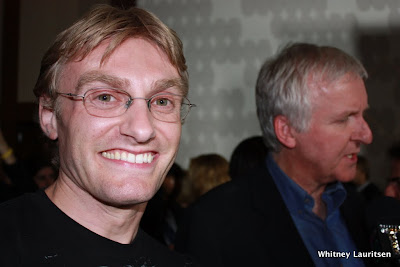 Robert Cheeke was my correspondent at the Home Tree Earth Day VIP Reception last night and we were thrilled to interview James Cameron. Since Robert and I are each focused on healthy eating, we thought we'd ask Cameron how his diet is eco-friendly. Though he's not a vegan, he had some great things to say about organic, local food, growing gardens, and raising children. In fact, he further inspired me to consider finding a way to grow my own food - which will be tricky in an apartment with no balcony... 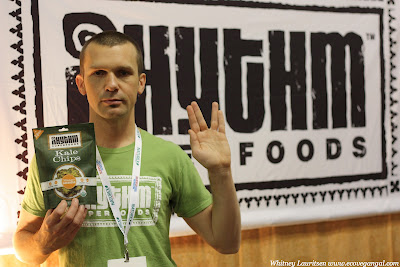 If you're looking for a guilt-free snack eat kale chips. They are the ultimate in healthy indulgence. Crispy, sweet, slightly salty with organic, raw, minimal ingredients (gluten and soy free). It's a financial splurge worth making since making them at home requires a dehydrator (to do it right) and at least half a day of waiting for them to be done. There are a lot of kale chips on the market, and one of my favorite companies is Rhythm Superfoods. I interviewed the co-founder, Keith, at Expo West 2011 and he told me the story behind the products and his passion.
Read more...

Interview with Bob's Red Mill About Health and Sustainability (video) 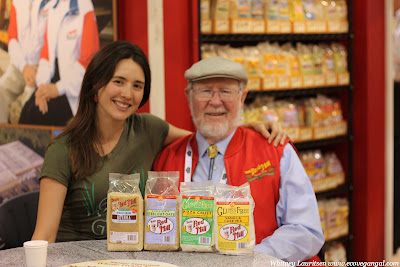 While at the Natural Products Expo West this year I had the opportunity to interview the founder, president and face behind Bob's Red Mill Natural Foods: Bob Moore himself! He spoke about the importance of whole grains in the diet, his vast gluten-free offerings, organic options, where his ingredients come from (how far from the base near Portland, OR), and the sustainability of the company. Bob is a very sweet and sincere man - my favorite quote from him is the very last one in the video about life as an 82 year old! I hope you enjoy this interview!
Read more...
Friday, 09 September 2011 04:22 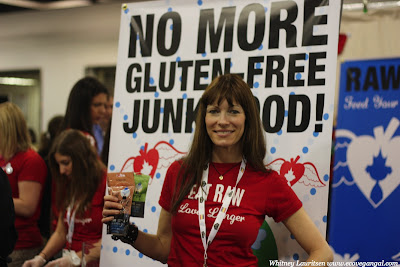 There are a LOT of great products at Expo West each year - it's pretty overwhelming. But one of the most memorable foods I tried in 2011 was without a doubt Hail Merry. If you live in certain parts of the country - like Colorado, Texas or Virginia - you may have spotted their raw tarts in the refrigerated section and drooled over their descriptions and affordable price; if you didn't buy them you're a fool! These vegan tarts are mind blowingly good - in fact, they don't even taste raw or gluten-free. They're sweet and creamy - thank goodness they're small because if they came in a regular pie size I'd likely eat it all in one sitting. And I'm not alone - Veg News agreed and awarded Hail Merry the Best New Veagn Product of Show!
Read more...
Friday, 02 September 2011 12:17

Eco-Vegan on the Cheap: Interview with the Groupon Deal Site of the Cruelty-Free World (video) 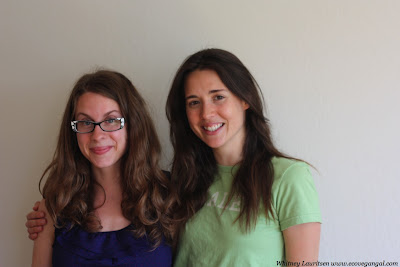 One thing that often gets in the way of people going vegan or having a healthy vegan diet is money. I've been there too, but someone I always get great organic food in my life (sometimes it's just more basic than other times!). It's no wonder deal sites like Groupon have taken off - everyone wants to save money! And fortunately, there has also been an explosion of green offerings, like GatherGreen, WinWinLiving, Blissmo and Daily Gourmet. Unfortunately, as great as these eco-friendly deals are, they're not always vegan friendly, so when they pile up in the inbox or social media feeds it can become a little frustrating for vegans who want to save too. In comes VeganCuts, a deal site that is exclusively vegan, featuring discounts on beauty products, clothing, shoes, food, etc. and is the subject of today's video.
Read more...
Thursday, 25 August 2011 12:37 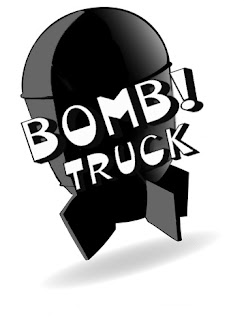 It's always exciting to randomly come across a sign with the word "vegan" on it, which is what happened to me a few weeks ago on a San Francisco street. While walking down Valencia in the Mission District I stumbled across a teal-colored van with the "organic vegan" on it - of course I had to stop. Upon inquiry I met Barbara, the woman behind the gourmet popsicles and a small business called Bomb Truck. While not everything she makes is vegan, the majority of her handmade treats are, and they're delicious.
Read more...
Thursday, 04 August 2011 10:37

Food For Lovers: The Story Behind The Famous, Healthy Queso (video) 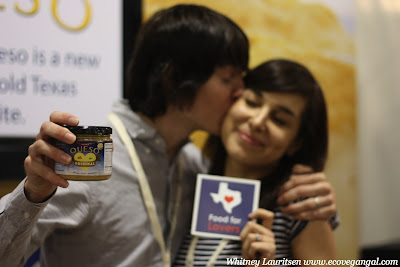 If you like cheesy, spicy, dippy, soy-free, nut-free, fat-free food, then I've got just the thing for you: vegan queso by Food For Lovers. This delicious Velveeta-like "cheese dip" was created by two young lovebirds (thus the name - they're insanely adorable). Crystal is Mexican and missed her home country's dishes when she went vegan, so naturally she decided to perfect a vegan queso recipe. And perfect it she did! This healthier queso is so yummy most people gobble down a whole jar up in less than a day (guilty as charged)!
Read more...
Tuesday, 27 April 2010 11:49

During the Home Tree Earth Day VIP Reception, Robert Cheeke and I asked actor & activist Adrian Grenier how his diet was eco-friendly - he didn't have much to say on the topic so it was very brief.  He started off by asserting that he is "certainly not vegan", but said he thinks food tastes better when you're paying attention. In fact, Adrian enjoys "inspecting the tomatoes and feeling the melons". Check out the video to hear about one of his favorite vegetarian dishes. 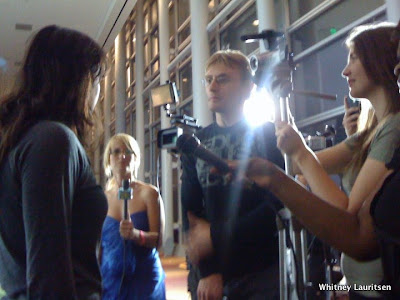 As a big Lost fan, I was really excited that Robert and I had a chance to interview Michelle Rodriguez at the Home Tree Earth Day VIP Reception. She was quite down-to-earth yet very passionate and feisty. When we asked how her diet was eco-friendly, she cringed and said "you're not going to be happy with my answer", admitting she "needs some work in that area". Since she knew we are vegans, she teased us and countered with: "salads have feelings too!" 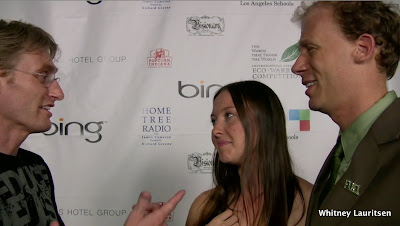 I was thrilled to see my former bosses Josh Tickell & Rebecca Harrell Tickell at the Home Tree Earth Day VIP Reception, and they had some wonderful things to say on camera. As with all of our interviews, Robert and I asked then how their diet was eco-friendly. Josh said, "veganism is the ultimate expression when we talk about reducing our carbon footprint", even though he's not a vegetarian (he tried but struggled with maintaining his weight and health). However, Josh and Rebecca are passionate about organic and local food - I saw them eat very healthy every day while working in their office.

@buffalo_road Omg that blanket looks so cozy and I love the design!!!