What Does the Term "Plant-Based Diet" Really Mean? A Discussion 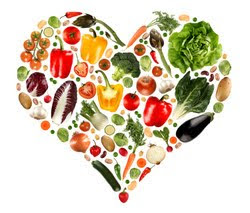 A friend of mine asked me,

"Can I claim that I am on a plant-based diet if I'm not vegan? Is that against the rules? Because I'm a vegetarian for now, but that means that I am primarily getting my nutrients from plants."

This question threw me off a little. I consider my diet to be plant-based, because I only eat plants, but the word "based" means foundation or main ingredient, so one could argue that it includes vegetarianism. I did a web search to see what others thought and the answer was unclear.

Wikipedia says the plant-based diet "may refer to herbivore...veganism...vegetariaism...macrobiotic diet" and defines vegetarianism as "the practice of following a plant-based diet"

Then I reached out to my Twitter community, asking, "Does plant-based diet mean vegetarian, vegan, or either?" I received a variety of answers, some were even heated:

@veganhope: I will say plant based vegan - because I only eat plants :) no junky stuff...I get people ALL the time who tell me they are plant based and eat meat and dairy. a lot of people think it just means a majority of their diet is based on plants. also in my recent plant based nutrition class there were people who took plant based to mean less than 10% animal products.

@GodsDreamsForMe: plant-based means no animal protein at all including dairy and eggs. I guess that's vegan and more.

@VeganInfoLine: I've always taken it as a gentle codeword for vegan, since milk and eggs aren't from plants. It's the phrase you use when you don't want to freak newbies out with the V word.

@vegansalt: It depends who says it.  Dr Campbell says "plant based diet" and means vegan, but I saw a blogger use the term for pescatarian. Which is why I always clarify and specify veganism. People can hear "plant-based" and think "plants, plus whatever I want."

@MarylTweets: PBD to us (HLife) means mostly eating whole foods from the plant kingdom. High fructose corn syrup is vegan but doesn't qualify. PBD is about nutrition, which is what plants (whole) offer. Diets mostly consisting of processed vegan junk food don't count. PBD is a concerted focus on consuming what Nature (not bioengineers) provided via the plant kingdom. Plants, not franken-foods.

Silvie Celiz Wight (via Facebook): It means eating unprocessed, whole foods from the vegetable kingdom only.

Carrie Lynn Morse (via Facebook): it's kind of a misnomer since mushrooms are a fungus. (and yeast and the beneficial bacteria etc etc etc.) i guess that is why it's qualified with "primarily" so you can have those exceptions. (but that means it can have other exceptions as well, such as bits from the animal kingdom.) so there isn't really a terminology using these words alone that specifically means vegans who also eat fungus/bacteria

@monodistortion: I don't think there's any rule. I just depends on who says it.

@extremevegan: are you an idiot? how much more specific could "plant based" be?

Most people don't consider vegetarianism to be a plant-based diet, but it's in a grey area.

What do you think?