May I Be Frank: a dramatic comedy about one man's radical transformation 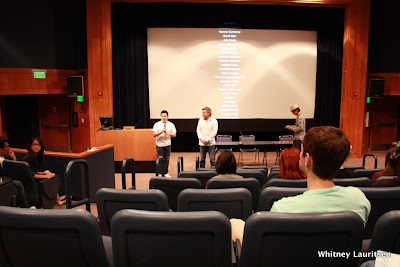 Yesterday I was invited to speak at UCLA's Bruins For Animals, which is a wonderful student group that meets once a week to discuss their animal rights activism. They often have guest speakers and I was flattered that they asked me to talk about my eco-vegan lifestyle.

After the meeting I joined some of the students in an on-campus auditorium to see the documentary May I Be Frank, which was a special screening as part of UCLA Health Week. The theater wasn't very full, but I was really happy that such an important movie was being shown. I watched the trailer before arriving on campus and learned that it was about an unhappy, overweight man's journey to find himself via  food and friends from Cafe Gratitude in San Francisco. I was sold after the words Cafe Gratitude, since I had an incredible meal there just a few weeks ago.

This movie has some powerful moments - at times it brought the audience to audible tears and sniffles. It was inspiring and fascinating to watch a man go from lethargy and lack of passion to someone full of energy, driven, and jovial (not to mention quite attractive). Though the movie ends after the 42 day vegan cleanse, the closing titles explain that Frank continued on the path and eventually lost a total of 110lbs. When he walked to the front of the auditorium for the Q&A it was hard to believe it was the same man from the movie; he had a completely different look and energy.

I have to say, as a filmmaker I can't help but focus on the production value of a movie, and May I Be Frank is lacking in that area. Though it had some cool graphics for title sequences, I was quite distracted by the poor sound quality and mix, the camcorder video look, and some bizarre editing choices. It is clear that this was the first feature these filmmakers have made. However, the story really holds the movie together and it prevails through the amateur production value.

What I loved most about May I Be Frank is that it's an honest look at an average man diving into a situation that is anything but familiar or comfortable. The filmmakers take the audience along for the entire ride of the cleanse: from cafe to colonic to the toilet. Frank openly talks about his sexuality, family struggles, bowel movements, and even stands naked in front of the camera at one point. These are important moments: not only do they bring humor to the story, they show that going through a transformation may not be pretty but it is worthwhile in the end. One of my favorite quotes was, 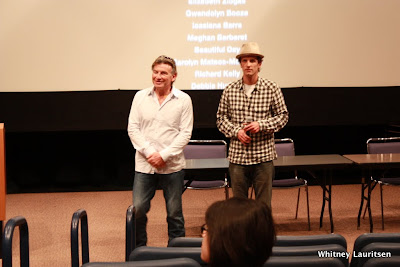 Since May I Be Frank is an independent, low-budget film, it needs your support in order to progress. If you'd like to see it, contact the filmmakers for information.

Read 4215 times
Tweet
More in this category: « What Does the Term "Plant-Based Diet" Really Mean? A Discussion Bob's Red Mill Supports Animal Testing?! »
back to top