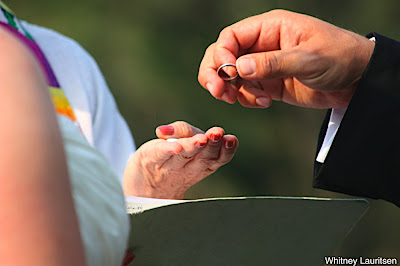 My oldest friend got married yesterday - I've literally known her since the womb (our parents went to lamaze class together!) Her wedding was very sophisticated in style, yet lighthearted in energy. Though it followed the usual marriage traditions, their vows were playful and the wedding party speeches were humorous. It was held at a beautiful historic home in Ipswitch, MA called Castle Hill. The ceremony took place in front of rolling green hills and the ocean in the distance. Afterwards we dined and danced in an elegant mansion. 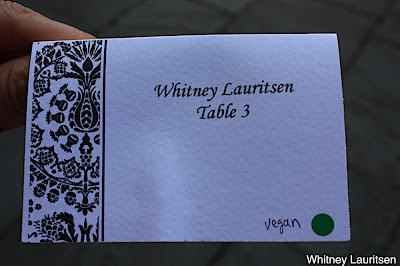 I didn't expect to have many food options; even though I checked off the vegetarian box on the RSVP I figured that meant I'd have to eat around some dairy. However, I was delighted to see that my place card had the word "vegan" written on the bottom corner, and it turns out I wasn't the only one. There was a nice spread of fruits and veggies, and finger foods like thai wraps and gazpacho. For the sit down dinner, I was served a delicious beet salad; an entree of flavorful humus, tomatoes, quinoa, greens, and beets; and some pieces of bread (there weren't any other starch options). I also enjoyed several mojitos - mmmmmmm - and some jasmine green tea. Unfortunately I couldn't have any cake - that's always the biggest downside of being vegan at a wedding. 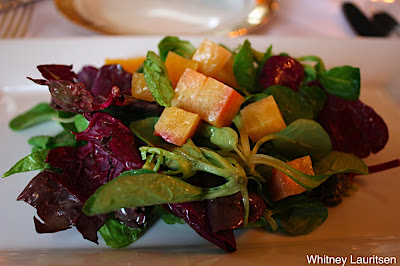 Of course, some guests asked about my veganism. One said, "you don't know what you're missing" as he chowed down on sliders and shrimp cocktail - it wasn't worth getting into a debate so I kept my mouth shut. However, I had a wonderful conversation with a guest who is a political journalist. He was intrigued and open about my diet, and we talked about the challenges of teaching people about health and sustainability. When I told him about Meatless Mondays he said he had never heard of it, which reminded me that there are many people in the world who may not know about topics that seem over-saturated to me. Though I often feel redundant in writing about things that are common knowledge in the vegan or green communities, perhaps they're worth restating for the people who only read my blog... 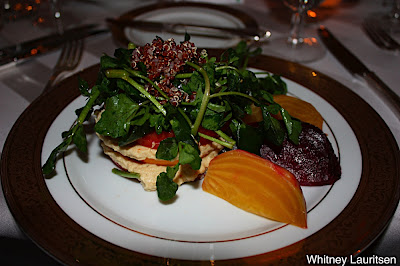 So, yes, it is possible to enjoy a wedding as a vegan and not feel like a total outcast. It is also possible to avoid gluten, soy, refined sugar, and perhaps even oil (though I gave in and had bread). Give the wedding planner a heads up about your diet a few weeks in advance, and chance are you'll have a special meal waiting for you. As an added bonus, chances are someone will ask about your food choices and you may have an opportunity to plant a seed in their mind.
Read 3637 times
Tweet
More in this category: « Change starts with watching TV Bob's Red Mill Supports Animal Testing?! »
back to top