Gulf of Mexico oil spill: what's going on and what can we do?

Is it just me, or is this oil spill situation kinda confusing? Maybe I just don't pay enough attention to the media/news, but I barely understand what's going on and how bad it is. Therefore, I figured it would benefit myself and perhaps some readers if I did some research and broke it all down.

When Did it Happen? 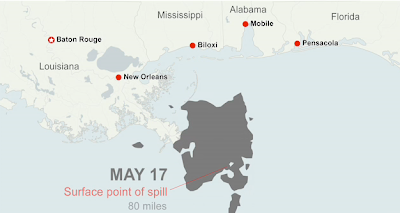 Where Did It Happen?

How Bad Is It?

How Is It Effecting the Environment?

Are There Any Health Risks As a Result?

What's the Government Doing About It?

What Can We Do to Help?

Many of the pictures are from a great collection by the Denver Post.

Have you done anything to help the spill?
If you have further questions or answers please leave them below in the comments and I'll add them in.


Check out this great song inspired by the spill:

More in this category: « Chemtrails: a myth or a government conspiracy? Is The Ice Bucket Challenge Doing More Harm Than Good? »
back to top