Viewer of the Month: Laeticia Butler

I first "met" Laeticia while looking for writers to contribute to Greenwala's food channel, where she eventually became a regular contributer of wonderful articles. Some time later she reached out to me when I was looking for a place to stay in Baltimore during Expo East, and I ended up crashing on her cozy coach and finally meeting her in person. I realized then that I had only scratched the surface of how amazing Laeticia was - we instantly sparked a friendship and found so much in common while I was in town. Her commitment to health, veganism, writing, business and family really impressed me, as did her generosity; clearly, she deserved to be a featured viewer!

I'm thrilled to introduce you to all that Laeticia Butler is - her story is one that many will relate to and feel inspired by. It's best shared in her own words:

In 2008 when my son was just one month old, I began having health issues. I couldn’t turn my head to the left, my index finger was swollen like a sausage, and I had to use my hands to lift my left leg to get in and out of bed. Taking care of my son was a constant challenge. The mere graze across my finger caused agonizing pain and I went nearly a year without using it at all.

I had gone to countless doctors without results. Having a professional in the medical community call you a “mystery” is usually not something you want to hear. With all of my test results coming in normal, the best they could come up with was Rheumatoid Arthritis. After surgery to remove inflammation from my finger, the pain had spread into my foot. I could no longer wear closed shoes and was at the end of my pain threshold. I had agreed to start taking medication for arthritis which was to include a self-administered injection once a week for the rest of my life.

I was within two weeks of beginning this new medicated life that I saw Alicia Silverstone appear on Oprah speaking about her vegan lifestyle and her book “The Kind Diet”. A few days later, I read a post on Dr. Mercola’s Facebook page addressing the severe side effects caused my arthritis medications. I responded with concerns stating that I was to begin treatments and was contacted by many people all of whom shared the same advice, “change your diet”. Immediately, I went to the store and purchased Silverstone’s book and read it cover to cover in a few short hours. When I closed the book, I said out loud, “that’s it, I am going vegan”.

I decided to make it official by doing what anyone would do, I announced my new lifestyle on Facebook. Immediately friends started asking me to keep a blog so they could track my progress to see if my newfound diet would really have an impact on my life. I of course accepted. As someone that has always enjoyed writing, this task was one that I was eager to take on.

It was then that I was introduced to Eco Vegan Gal. One woman that was a follower of Dr. Mercola contacted me and told me that she had healed her arthritis naturally and that I should follow Eco Vegan Gal. And so I did….

Not only did I transition to a compassionate diet, I began to incorporate more exercise into my life and it was at a vegan meet up dinner that I was approached with the challenge to run a 5K in the effort to raise money for animals that were cared for at a local animal sanctuary. At this point, I was about seven months into my vegan life. Within three months, my foot pain had reversed and healed completely. My neck healed, my leg healed and I became able to live a life that I had thought was going to be nothing but limited.

Although I was healing gradually, I stilled endured pain and the training was no easy task. My knee was sometimes painful and my hands still on the swollen side. But I was determined to make a change. I had come this far and wasn’t about to give up. After running in grooling weather and working hard to reach my goal, I completed my first 5K in the spring of 2010 and realized quickly that I was hooked. If I could achieve this, what more could I do?

I went on to compete in my first half marathon the winter of 2011 and I am now training for my first full marathon to be completed in November of 2012. It hasn’t been easy, and to be honest, I am nowhere near where I want or need to be. My health still isn’t 100% and I am working on figuring out the kinks of what needs to be corrected, but boy have I come a long way.

Through my constant research, I discovered my complete ignorance to animal cruelty and suffering along with the negative effects that an animal based diet has on our world and our health. I have worked hard to teach my son why we don’t eat animals and I strive to spread the word to anyone that will listen.

Eco Vegan Gal was not only an amazing source of knowledge concerning all things vegan; she was very inspirational in my writing and presented me with my first writing gig which had taken me down a path that I never expected. I had no idea that people were actually listening to what I had to say or that anyone was even reading my posts.

Gradually I was approached by others looking to improve their lives. So many people have contacted me and said that I have been motivational in their decision to start running or eating healthier. Others have asked for fitness advice or solutions to altering their diet even if just for one day a week. My desire to help others evolve has grown magnificently, and for that I make sure to thank the universe often that I was given the gift of illness. Without it, my life would have never changed. I never would have grown as a person or been able to help others. I wouldn’t have begun a writing career which has flourished or met so many amazing people.

Sometimes the things we think are the worst in our lives turn out to be the most amazing gifts we could have received. I am still in the midst of my great journey and welcome anyone that would like to join me for the ride.

Check out my favorite Eco Vegan Gal video for some motivation to make change!

Click here to read about past Featured Viewers - a fantastic group of people, each with their own inspiring stories. 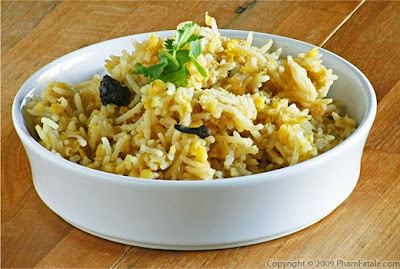 Question:
My mother in law just has surgery and has a new diet that we are having problems with satisfying. She is on a protein diet, but due to her health issues she cannot digest animal proteins. We have tried tofu and other soy products, but she has developed an intolerance to soy. She can do small quantities of soy, but items like Ensure and protein bars are out of the question. To add to the mix, the other problem is she can not digest anything with high fiber. No veggies, even if they are cooked down to nothing. I thought of beans, but am not sure how her system will react as I understand they are high in fiber. I am running out of ideas on how to get enough nutrition into her diet. Any thoughts, suggestions, ideas?
Answer:
Published in Health Food
Read more...
Saturday, 23 July 2011 04:38 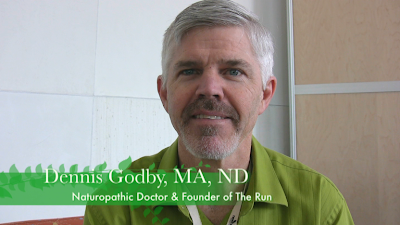 While at the Natural Products Expo West 2011 I sat down with Dennis Godby, MA, ND to talk to him about his naturopathic medical practice, his upcoming event (The Run), and hear what he had to say about health in general. He's incredibly down to Earth and provided some great tips on how the food that we eat and they way that we live effects how we feel, which is very much inline with my opinions.
Published in Holistic Health Care
Read more...
Thursday, 31 March 2011 03:54

eHow Video: How to Be a Pregnant Vegetarian

By Dr. Jill Hechtman M.D. OB/GYN explains, in a somewhat cheesy and lacking video, that it is completely safe to have a vegetarian diet while pregnant. And since she doesn't mentioned that dairy is necessary, I assume that she believes veganism is OK too.  Her main piece of advice is to make sure you get enough protein and nutrients, recommending beans, vegetables, pre-natal vitamins, and extra supplements. She says, "the [food] pyramid is essentially the same, just take out the meat and add your proteins that will help keep your diet balanced"