Lemon-Kissed Brussels and Butternut Squash from The Blissful Chef 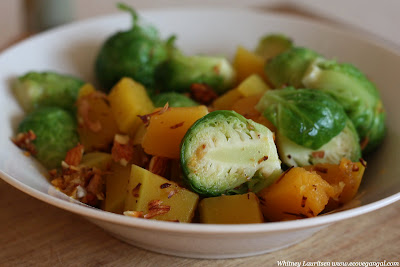 Last week Christy Morgan, aka The Blissful & Fit Chef, was in San Francisco as part of her book tour for Blissful Bites. Christy and I became friends while living in L.A., so we made sure to squeeze a video in before she left town. I did a poll on the EVG Facebook page and I was surprised that the recipe chosen by the majority featured Brussels sprouts, a vegetable few people seem to like. However, I was thrilled because I love Brussels, butternut squash, and almonds.
Christy's recipe is gluten-free, soy-free, easy to make, pretty cheap per serving, and quite healthy. It's a perfect way to introduce yourself and your friends to how incredible Brussels sprouts can taste! Not only is this recipe delicious, but Christy offers up some great cooking tips in the video! 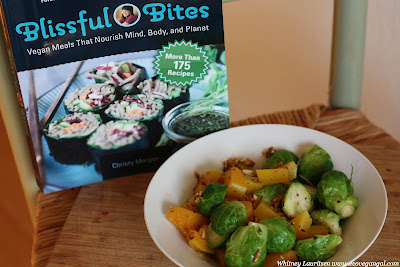 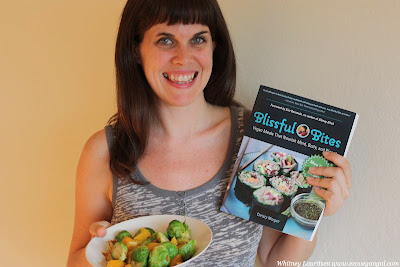 More in this category: « How To Make Your Own Organic, Vegan Coconut Kefir (video) Baked Gluten-Free Pasta with Butternut Squash and Kale »
back to top

RT @WhitLauritsen: The key question to ask before dropping something off at Goodwill is: If you needed it, would you buy it in this conditi…

RT @CombatWipes: Who doesn't love being outdoors? But let's be real, when we are out having fun, getting sweaty and tired is inevitable. Th…