The Cove is so much more than I expected. Although I heard rave reviews across the board, I didn't know much about it. It was full of facts that i wasn't aware of - about dolphins, marine life, the ocean, Japan, and the government. This movie made me feel compelled to do something to make a difference, as soon as possible.
Though the movie was sad throughout, the part that made me cry was about government coverup of mercury levels in fish. I thought about the amount of people I know who eat fish and have no idea. Thus I was glad to show this movie to my pescetarian family, especially since it is easier for most people to swallow than a film like Earthlings.
Aside from being an incredible piece about animal rights, it is simply a great documentary. It was very well edited and directed; the flow kept me on the edge of my seat the entire time. At times I felt like I was watching an action movie in the style of Ocean's 11 or Bourne. The "cast" of the movie was so brave and persistent, and I was so proud of them, especially at the end.
I couldn't get enough of The Cove and I didn't want it to end, in fact I watched it with my family a few days after first seeing it. I live by the ocean, and I'll never look at a dolphins the same again. I've always wanted to swim with dolphins, but now I won't unless out in the ocean. This movie gives a fantastic explanation on why we shouldn't eat fish, for both our health and our planet. If more documentaries were as well done and powerful the world would evolve in a much needed direction.
You must see this movie right away - it will change your life.
Published in Learn (Resources)
Read more...
Monday, 21 December 2009 02:09

"I'm Dreaming of a Green Christmas" 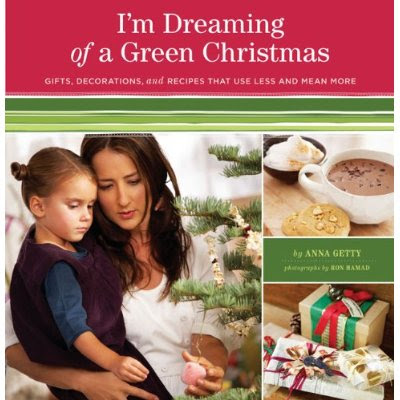 While it is a little late in the game, there is still time to green your holidays. If you're looking for some inspiration and advice, check out "I'm Dreaming of a Green Christmas" by Anna Getty. The book shows you how to make "gifts, decorations, and recipes that use less and mean more", and it is a joy to read. It has beautiful pictures and illustrations that remind you why the holidays are so special. It's a very well laid out book: each recipe and set of instructions are easy to follow, and I love that it has flaps on the cover to allow you to bookmark your place. Simple tips, green facts, and notes from Anna are mixed in throughout the book, giving readers more insight into why it's important to make eco-friendly choices.

"I'm Dreaming of a Green Christmas" is mainly composed of instructions for how to make your own decorations and gifts. Some of my favorites are: the newspaper stocking, decorated matchboxes, recycled t-shirt pot holders, and silver leaf wire window ornaments. There are some fantastic tips covering topics like green gift wrapping, shipping, entertaining, and energy efficiency. The book also includes several vegetarian recipes, such as delicious looking soups and salads, and most of them can be modified to be vegan.
"I'm Dreaming of a Green Christmas" has a beautiful message to share with the world and it will bring the joy of green to many families for years to come! Zem Joaquin said it best in the forward: "Amid a sea of consumption, we need Anna's thoughtful perspective on celebrating a green Christmas".
Published in Book Reviews
Read more...
Wednesday, 02 December 2009 00:16

Indonique asked me to try seven of their loose leaf teas, so I brewed one flavor each morning in one week. They were each delicious, but check out the video to see what my favorites are.

Sauce on Hampton: review and interview with Sassan 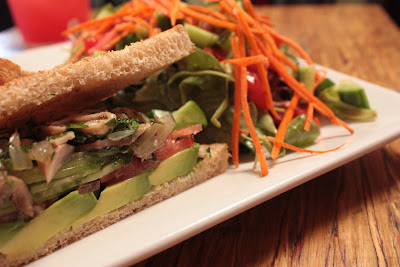 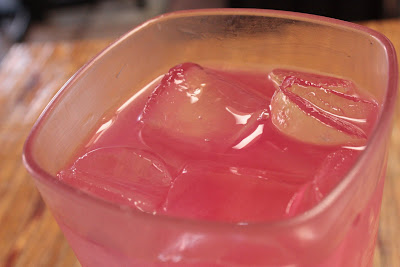 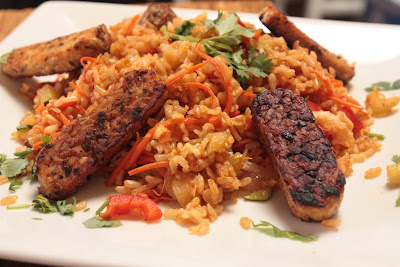 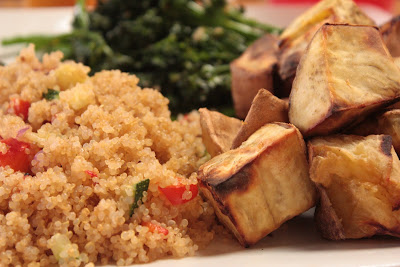 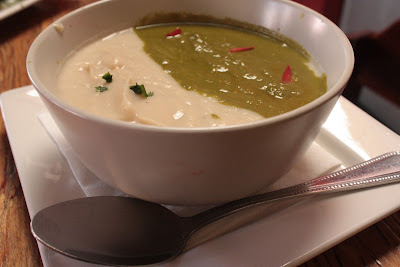 If you're in Los Angeles or Canada, I HIGHLY recommend going to see Robert. I had an incredible experience, beyond any massage or chiropractic work I've ever had. If you're not in those areas, look into Cranio Sacral work and give it a try.

Within my first month or so of moving to L.A. (in 2004) I was invited to my first screening by the woman I was interning for (the amazing Amy Janes). Amy told me I would like the film by her friend because I am vegan...and it stars the voice of Joaquin Phoenix (my vegan crush). We went up to the Hollywood Hills, where there was a party at a beautiful house, and I was thrilled about all the vegan snacks provided! And then everyone gathered in the screening room to watch Earthlings - within minutes the entire audience was bawling. 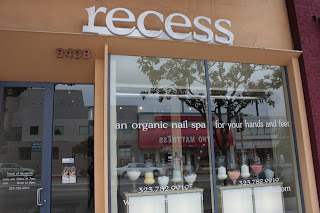 Today I treated myself to a mani/pedi at Recess Nail Spa in West Hollywood. It was my first time there, so I got both for $50 (normally it's $60).

I was really excited to go because it's a very eco-friendly place. Not only are the polishes and body products non-toxic and organic, but the space is entirely green. "Recess builders used only wood certified by the Forest Stewardship Council (FSC), guaranteeing that it came from well-managed forests, defined by far-reaching standards governing everything from worker's rights to environmental impact. In the loft-style salon, low-emitting paint coats the natural tone walls and skylights let in plenty of natural light. The furniture is made of recycled materials or those made from renewable or sustainable sources." And, "most of the salon's equipment is Energy Star rated"
I was very warmly greeted by Jessie at the front desk - he was incredibly helpful and kind. I was the only client there (it was a dreary day, plus the economy), so I got all the attention.
Published in Hair and Nails
Read more...
Start«1234
Page 4 of 4