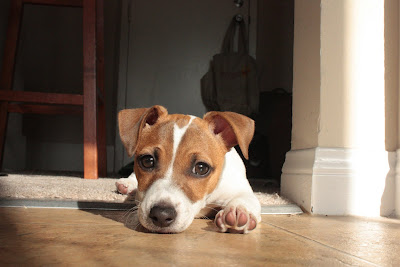 Evie's been with me for 2 weeks now, and it's certainly been fun. But it's been challenging too.
Challenges:
Successes:
Read 3803 times
Tweet

More in this category: « Evie's bike basket from Cynthia's Twigs Green holiday gifts for dog owners »
back to top