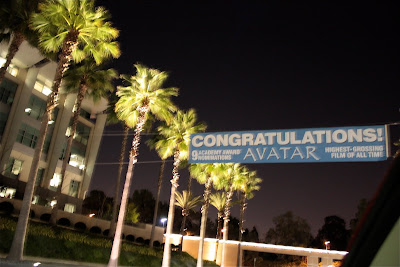 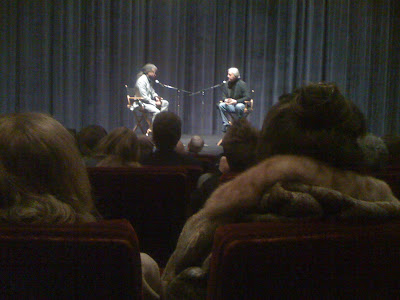 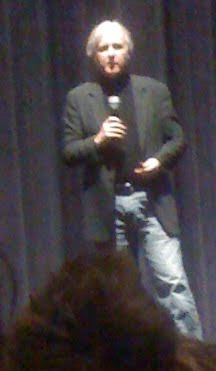 Tonight I had the exciting opportunity to attend the NRDC fundraiser featuring James Cameron and his movie Avatar. Although I knew that there were environmental messages in the movie, they didn't really sink in until I heard him speak. He showed 40 minutes of clips from Avatar at Fox Studios (in 3D!) and I had an entirely different emotional reaction then when I saw it in the theater. (It certainly helped that Cameron was sitting just a few rows in front of me!) The first time I saw the movie I was focused on the incredible special effects and the story, and was very impressed by them. This time, after hearing Cameron give a summary of the environmental message prior to the clips, it all became clear and I got chills. In fact, some scenes were very uncomfortable to watch the second time around (spoiler alert: when the magnificent tree falls down).

I was quite moved by what Cameron had to say, so here are my notes:
Though I didn't go up to talk to him, I was happy to see that Cameron stayed for the entire reception to speak to the guests. I left with a lot of respect for him and will be rooting for Avatar during the Academy Awards!
If you haven't seen Avatar yet, make sure to see it in 3D (and iMax) before it leaves theaters! A few days ago I told a friend I didn't think I could see it again, but now I've changed my mind. ; )
When Cameron was done talking, NRDC president Frances Beinecke showed this great video they put together featuring great celebrity appearances like Leonardo DiCaprio.

More in this category: « Women's Conference - Save Money (and Your Health) by Going Green Brides Save the Whales »
back to top

RT @ZakMeents: RIP David Dorn. Retired St. Louis police Captain (38 years of service). He was killed by rioters when he tried to stop them…

RT @benandjerrys: The murder of George Floyd was the result of inhumane police brutality that is perpetuated by a culture of white supremac…